The Problem(S) With Yelp

It’s been two years since the film Billion Dollar Bully was released and it seems like not much has changed at Yelp.

When Joe Bechor, CEO and founder of California Skyline Remodeling of Van Nuys, California, tried to work with Yelp to ethically manage his business profile and ad spend with Yelp, he ran up against a virtual brick wall.

“Yelp was more than happy to take his advertising dollars, but wouldn’t help Joe with a seemingly random review that he felt did not conform to Yelp’s terms of service,” says Joseph Smith, owner of 1REALTOUR. Bechor is not alone. Yelp is a business advertising and review platform that seems by all accounts here to stay, for better or worse. For many business owners, the business model feels definitely skewed toward the “for worse” side of that equation, says Smith, who helps clients manage their online reputation, and finds Yelp among “the most problematic platforms to work with.”

With more scrutiny coming to major tech companies in the past month (most notably, the whistleblower report on the Facebook suite of companies) might this dynamic change? Congress is putting pressure on big tech companies in an effort to stop them from hiding behind their algorithms, but small businesses that rely on their reputation feel the pressure of a “pay to play” no-win situation.

“They either pay more money to push better reviews higher up on their Yelp business page, or they get hosed by negative reviews that may or may not have merit,” Smith says.

It’s been two years since the film Billion Dollar Bully was released, and it seems like not much has changed at Yelp. The basic critique made in the 2019 documentary is that Yelp in effect extorts small businesses for advertising fees in exchange for hiding bad reviews or otherwise manipulating what searchers see on the business Yelp page.

Yelp, however, disputes the accusations against it (see the company’s responses below). The challenge with Yelp starts with not having much of a choice: Businesses can and probably will be listed on Yelp with or without its permission. If you then go to claim your business listing, Smith says, you must first agree to the terms of service, with a major provision being massive barriers to suing Yelp.

But Yelp is in charge of interpreting another aspect of their terms of service and content guidelines, he adds. “Yelp and other companies are using their status as ‘user generated content’ platforms to absolve themselves of responsibility for bad behavior on the part of reviewers and business owners.”

Beyond disagreements about reviews, there is that long history of concern about Yelp’s outright extortion. LA Times columnist David Lazarus brought this charge way back in 2014, and it is a major theme of the Billion Dollar Bully documentary. And things do not seem to have changed much, Smith says. Search the term “Yelp extortion” and you’ll find an endless array of articles from a decade ago right up to the present.

Stockholders, however, seem to be satisfied with Yelp’s business model. There was a significant dip in share price in 2020, for obvious reasons during the height of COVID, but the stock is currently sitting just under $40 as of this writing. The stock has had a fairly steady performance over the past five years.

The challenges for small businesses do not end there, Smith says. What if a review seems to go against Yelp’s terms of service, or does not seem to have any basis in reality? Isn’t the algorithm there to catch that sort of thing, he points out.

“I was working with California Skyline’s Yelp reviews. Bechor and his team got a one-star review,” Smith says. “There was no way to challenge or take it away from its position at the top of the reviews. All based on one phone call interaction.”

This is not new, Smith says. He recalls another incident “I had a client 10 years ago that faced a similar problem with Yelp. One bad review with a very derogatory term used. In my reading of their terms of service, this was a clear violation. Not to Yelp!”

In an analysis of the Yelp Review filter by Noah Zandan and Carrie Goldberger of Quantified, they found that deceptive or misleading reviews were not filtered out if the reviewer was more active on Yelp. Their conclusion: the Yelp review filter is broken.

In Smith’s experience, Yelp has set itself up as “judge, jury, and executioner. They love to hide behind the algorithm,” he says. “But the algorithm should flag a derogatory term and remove the review. That’s not what happens.”

Business owners can also fall into the trap of engaging with a bad reviewer, and having that just cycle into more negativity. “We had a bad review that we responded to in a professional manner.” Bechor says. “She wasn’t even a client, but there is nothing stopping her from putting up a review. We could have kept going back and forth, and that would have probably been fine with Yelp. But it wasn’t helping us at all.” Julianne Rowe, Yelp’s Associate Director of Communications, Corporate and Product, wrote in an email: “With regards to California Skyline Remodeling, our team investigated each review the business owner flagged, but ultimately found that the reviews they flagged adhered to our content guidelines. Yelp generally does not take sides in factual disputes and we believe it’s important that we help inform and protect consumers by allowing them to share unbiased reviews about firsthand experiences with businesses. We also informed the business owner that their decision to advertise or not advertise on Yelp does not impact their reviews.”

Smith points out Rowe’s use of the word “generally” in the aforementioned quote: “Saying ‘generally’ stands for itself.”

Business advertising dollars make up the bulk of Yelp’s revenue. Estimates range from the mid-80s to the high-90s as a percentage of revenue. Yet, based on the past decade plus of experience by small business owners, Yelp has little incentive to change its business practices or the way it uses its algorithm, business owners say in various reports about Yelp.


Businesses, they add, can decide to move their advertising dollars elsewhere, but “risk the wrath of bad reviewers” and the penalties accrued by not playing the game Yelp’s way, Bechor says.


Here is Yelp’s comment regarding complaints against its business practices and algorithms: “Yelp’s mission is to connect consumers with great local businesses by giving them access to reliable and useful information. Consumer trust is our top priority, which is why we take significant measures to maintain the integrity and quality of the content on our site. Yelp invests in both technology and human moderation to mitigate misinformation on our platform. Our approach is driven by our automated recommendation software, reporting by Yelp’s community of business owners and users, human moderation, and Consumer Alerts. In fact, economists, academics, industry pundits, the media, and regulators have shown that Yelp is one of the most aggressive and successful at identifying and weeding out unreliable reviews.”


Upon seeing Yelp’s response, Smith says, “Based on what I’ve seen for the last 10 years with them, it’s basically a copy and paste of their policies, which they make hard to find on their website until you strike a nerve, then they can vary that into a real gut punch.”


Rowe adds: “There is no amount of money a business can pay Yelp to alter reviews or ratings, and we treat reviews for advertisers and non-advertisers exactly the same – regardless of when a business starts, stops or declines to advertise on Yelp.”


She goes on to say in her email: “Claims alleging that Yelp reviews are connected to advertising have never been true and have been repeatedly investigated by regulators, rejected in multiple courtrooms, and disproven by independent scholarly studies.”


owe also referenced the case of Demetriades v. Yelp in which “the Court ruled that Yelp accurately described its review filter and found nothing that suggests it did not recommend the most trusted reviews, or that Yelp’s statements about the software were misleading to consumers.”

The California Court, she noted, ruled that Yelp “presented substantial evidence of the constant human and technological efforts made by Yelp employees, including engineers, to ensure that real people with established profiles are writing the top reviews, and that business owners and employees are not writing their own biased or inaccurate reviews of their businesses or the businesses of their competitors.” 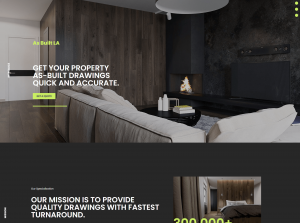 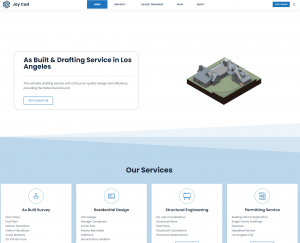 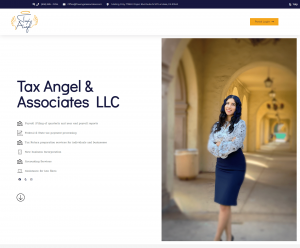 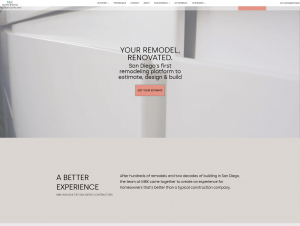